It's the Office Party-Welcome to My Christmas Past...

As mentioned yesterday, today is the Office Party for all of us who are the only people in the office...

So to my little piece about Christmas- don't worry, I can't access the old photo of me sat on Santa's knee (I was only 5 years old :-) ).

But that did get me thinking about Christmas in the 60's compared to Christmas now.

In fact there was one special day every Christmas when I was little that told me Christmas was on its way. We lived an hour from London (by train) and the adventure started the moment we came out of Charring Cross Station.

Across in Trafalgar Square the big tree would be covered in lights- not on during the daylight of course.

We take for granted that the streets will be decorated with coloured lights in fantastic designs, but when I was little that was a rarity outside of the big cities. But I did get to see the Christmas lights in Regents Street every year.
The lights were strung from one side of the street to the other like a bejewelled necklace; and I remember walking along gazing up in delight at the stars and curls of light that filled me with absolute wonder.

There would always be a visit to look around Hamley's. We couldn't afford to buy anything, but it was a joy to see the toys out
and to my imagination at six I thought that this must be what Santa's workshop looked like...

Our next stop would be to look at the different window displays at Selfridges. The big windows were filled with Christmas montages...

As the daylight faded we would walk back along the streets now lit up to full effect in the darkness.

The day would finish off with a trip to the Panto at the London Palladium. I remember seeing Tommy Steele as Dick Whittington, and I've vague recollections of Jack and the Beanstalk too.

One year it was Cilla Black playing Aladdin...

Having found a link about the pantomimes held at the Palladium, I've just realised how many 'names' I saw as a child...This makes interesting reading.

When the panto was over we'd wander back to Trafalgar Square, look at the Christmas tree lights one last time, then go across to the station to get our train home. I certainly slept at the end of the day, dreaming of all the wonderful things I'd seen... 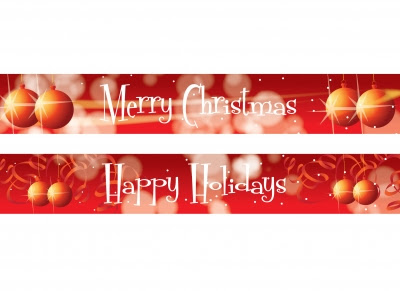 
Posted by Carolb at 12:05
Email ThisBlogThis!Share to TwitterShare to FacebookShare to Pinterest
Labels: Christmas, pantomimes, parties

Great stuff - you are a lucky girl!
I have passed on an award for Very Inspiring Blog . If you want to accept it, see my blog! x

Great post, Carol! I also have awarded you the Very Inspiring Blogger Award but didn't know you had another one!

Thank you, Teresa, Lizy, and Rosemary.

And a big thank you to Lizy and Rosemary for awarding me the Very Inspiring Blog/Blogger Award.

I will have to think about it over Christmas.