It's been a long time since I was last able to post to the blog, so apologies for the silence.

As friends on Facebook and Twitter will know, I changed broadband provider and upgraded to fibre, but sadly my 4th June changeover didn't go to plan- basically everything that could go wrong did...

It's only when you don't have broadband you realise how much you depend on it for both major and seemingly inconsequential items. That's when you discover how even those little things are so much easier and quicker with it.

Need to quickly check whether a word was being used around 1800? And did it mean then what it means now? It's so much quicker with a few clicks of the keyboard to check https://www.etymonline.com/ -do have a look at it.

My bookshelf reference library got heavy use...

Fortunately after two weeks offline we were introduced to a little Vodaphone mobile wifi device (I'm not being paid to promote it) when the OH and I were out looking for a replacement tumble-drier (that finally died on us after twenty years, around the same time).

It did mean all the family could access the Internet while we were waiting, but we needed to be careful to keep enough data for the month, just in case the fibre broadband took longer- it did.

Across my various email accounts I deleted nearly 2,000 emails unread, only keeping a few in each account that needed action. I really must cull some of those mailing lists and newsletters.

Eventually the only option was for the new provider to completely start again, which meant we temporarily lost our home phone number for about five days until our supplier reclaimed it. (I had visions of my number ending up somewhere else and the poor recipient being rung up about the writers' club, if they couldn't get our number back.) Fortunately that went okay and the broadband order could then go through.

Last Tuesday- five weeks after we should have originally changed over- we finally had fibre broadband live. 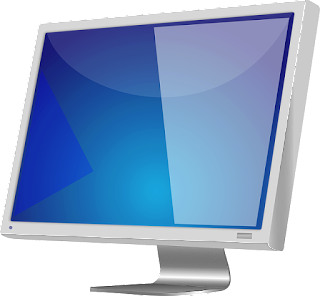 With only a few days before I was off to the RNA Conference in Lancaster I started on all those items that would have been a heavy data drain- still have a few to catch up with.

It certainly makes you realise how much of everyday life now revolves around having a broadband connection...

Appalled at the way Virgin Media's pricing structure means old customers like me will be paying £30 a month more than new customers, I am seriously thinking of jumping ship; but I can't bear the thought of losing my internet, even for a day. All my work is done online. It would be a financial disaster, not to mention the affect on my nerves!

Julia- sadly that does seem to be an issue generally nowadays with many services. Writers cannot afford to be without broadband for half of or a full day, as you say the work is done online sending work, answering queries or accessing information.

It's always worth finding a better deal then see if your current provider will match it.