I have one secondary character bio left to complete, but I've hit a snag; the name and occupation I'd chosen.

It's a contemporary romance so it's not essential that I pick a name to fit a specific time period as I'd need to with my historical romances, but there's still a problem.

My hero's ex-girlfriend is a model. Now it's not that she's horrible, but from what others have told my heroine in passing, you wouldn't want to be called her best friend...

I'm at the stage in the manuscript where my heroine and the ex are going to unexpectedly meet, so getting the bio complete for her is important.

Now to the problem. I called her Suzi/Suzy. I decided on her not using her real surname, but a shortened version of it.

So just in case there were any models of that name I Googled it- and variations.

Result, not a good idea. I never knew there were that many models called Suzi/Suzy something or other; including some quite risqué.

This character is not one of a herd...

I need to find an alternative name for her so one that is unusual but would still sound okay for a glamorous model. 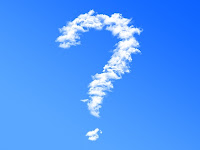 This is going to be where the numerous online lists prove useful.

Starting with her age, about 28, I'm going to begin by looking at girls names for 1985/6, and starting at the bottom names on the lists, as they'll hopefully be one or two less usual names.

I'd like to have a few possibilities to choose from, so that one will fit with my visual image of her.

Who said writing was easy? :D


Image courtesy of Ventrilock and www.freedigitalphotos.net

Have a look at paint charts (especially if you can find one from around the time she was born).

Changing a character's name is incredibly hard. After only one chapter I tried to change a name but it felt so uncomfortable I had to revert to my first choice.

Interesting dilema - good luck with it. My last dilema was when I was trying to find an original name for a pink lipstick!

It has similar issues as the shade of your lipstick problem, Susan. But like that, I hope to find something suitable. :-)

I've had the same experience as you, Lizy, but I think in this instance a name change is going to be helpful.

That's not something I'd ever considered before, Patsy, but worth looking at, thanks. :-)

I recently changed the main character's name in my novel as someone said she sounded like a well-known comedienne and they couldn't read it without picturing her!

That's a different version of the naming issue, Wendy. But if one person thought that, then it was worth changing, as there would likely be others who thought the same thing. :)