While I haven't been writing my brain has been providing scenes for three of my longer works. All I can say is thank goodness for notebooks and pens...

Among my Christmas presents I had a couple very suitable for a writer; a lovely small paperblanks lined notebook- a Blue Cats and Butterflies design, and very elegant, which will be perfect for putting in my handbag when I go out in the evenings (I have different sized notebooks for different handbags :D).

Also a book, 'How to Be a Victorian' by Ruth Goodman (the historian from the BBC Victorian Farm, the Edwardian, and Tudor versions too).

My 1st. January tradition is to watch the New Year's Day Concert from Vienna on TV. It's usually on the radio too, but you don't see the dancers in their beautiful costumes as you do on television. The music certainly conjures up images of the past...

Well that's it until next week when normal blogging resumes.

Meanwhile I wish you all a happy and successful 2015. 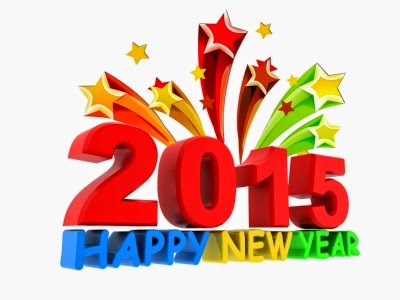 Another experience in the book promotion of the One Word Anthology has been achieved- the radio interview.

Nottingham has a BBC Radio and local news studio on the edge of the city, and that's where Catherine (Dalling) and I were this lunchtime.

We had an interview about the e-book on the Gareth Evans programme that airs between 12 midday and 4pm.
Our instructions were to be there by 1.30 for 1.40...

Actually we were there by 1.05, as we weren't sure how long it would take us. We were fortunate that the tram came along just as we were approaching the Royal Centre stop, otherwise we wouldn't have got there until nearer 1.30.

It's not far to walk from the tram terminus- about 5 minutes- so we had time to sign in, sit in reception and chat, and watch the four screens on the wall- we had a choice of BBC News reporting on the flooding around the country, the lunchtime antiques show, and at one end the local BBC news studio presenter preparing for the East Midlands report that follows the main One O'clock News, while at the other end and with sound, the radio presenter Gareth in his studio.

It seems the whole show for today was word related: with questions about words, fun news that was word related; so we were going to fit right in with the One Word Anthology...

We went upstairs and waited to go into the studio.

Catherine and I naturally alternated answering the questions, and during the next music break we were able to tell Gareth about the contributors who are in Fiji, and Australia and Europe, as well as the UK and Ireland.

So when we put our earphones back on, this community aspect became part of the next question.

We talked about the words used in the anthology- why does the mind always go blank on important things? :)

Then it was time to tell listeners where they could buy the book, and say thank you.

It was the 2 o'clock news and we could leave the studio. Hopefully some of the listeners went and bought the book- or will do in future...

Everyone was pleased with how well it went; and fellow contributors were happy with our efforts. As were we.

So here's an edited version minus the music. Interview.
Hope you enjoy it. (Thanks, John.)

Grammar and the Radio...

Well I hope my grammar will be right on the radio...

Thursday lunchtime- Catherine Dalling and I will be on BBC Radio Nottingham talking about the One Word Anthology, with Gareth Evans.

If you want to listen to the show live, you should be able to access it via the BBC iPlayer Radio pages in the UK.

Family members who are not otherwise occupied will be at home listening. And numerous friends will be tuning in to hear our efforts.

It is a bit scary- I did a short guest slot one New Year about five or six years ago, so it will be interesting to see how much has changed since then...

Now I mentioned grammar earlier, and I know how some writers struggle with it - there are bits I'm still not sure of too. So a good book that explains every aspect clearly, with examples, is a very useful addition to the bookshelf.

So I'm going to suggest you have a look at 'Grammar for Grown-Ups' by Katherine Fry and Rowena Kirton. Amazon has a look inside option, and it's cheaper than at Waterstones (where I bought my copy). It even has a Table of Tenses which I know I'll find useful...

I didn't know about this book until I saw it in Waterstones today, when I was browsing the reference section. I've since discovered a couple of people I know have also bought a copy.


*   *   *
I'll be doing my next blog post late Thursday, so I can include a link to the interview.
(That's assuming I don't get struck down with any seasonal bugs between now and then. :-) )
﻿
Posted by Carolb at 21:53 2 comments:
Email ThisBlogThis!Share to TwitterShare to FacebookShare to Pinterest
Labels: Anthology, e-books, radio, Talkback, writers
Older Posts Home
Subscribe to: Posts (Atom)