The countdown to the launch of the One Word Challenge Anthology e-book begins today.

This is a very exciting week for me, as I have four pieces of micro fiction included in this e-book- two are by my alternative writing persona, Serena Lake.

And the very best bit of all, beside the price (99p direct) is that 10% of the cover price of each e-book will go to Medical Detection Dogs, a charity that trains dogs to assist people with life-threatening conditions.

But I'm getting ahead of myself...

The book will be available to buy in a few days, direct from Alfie Dog Fiction.

It will also be available from Amazon and Smashwords but there's no definite date yet for those. (But I'll add links and prices when they become available.)

(Buying direct from the publisher will ensure the charity gets more.)

I'm one of 30 writers who have contributed to the anthology, so expect to see other bloggers posting, tweeting and taking about it on Facebook as the week progresses.

As the official launch is Monday 12th November, you're all invited to the virtual launch party I'm holding here.

﻿﻿
A couple of days before, 9th/10th, I'll be bringing you an interview with one of the other writers' involved, Catherine Dalling.


If you want to find out more about the Medical Detection Dogs charity that the anthology is donating to, please look here.

(Lola belongs to one of the writers in the anthology; and the Talkback Writers have followed her progress through initial training to passing her final qualifications.) 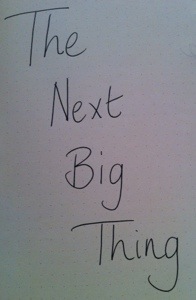